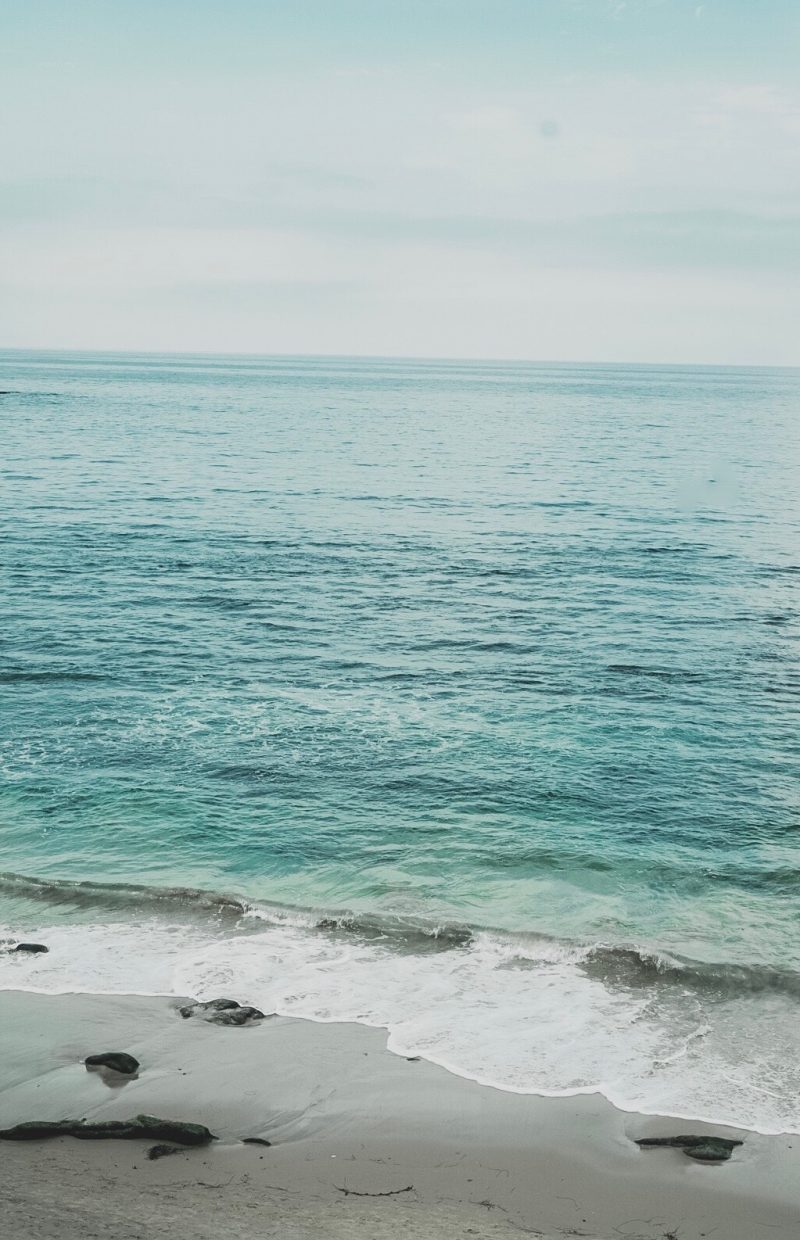 This is a little bit off my usual topics (and makes me look like a hypocrite because in my last recent post “Things I never talk about online” I share that I choose not to talk about faith online) as I usually don’t talk faith on here, but this is something that really impacted my life and helped reshape how I view my faith and live it out. It was something so simple but no one had ever told me this or put it into this perspective for me in my young adult life trying to navigate the Christian faith.

Let me give you a little background first. I grew up in a typical Christian home, I got baptized at the age of 6, attended church regularly, and went to Christian school my whole life, including now as I am getting my college degree. I grew up with your standard Christian teaching, especially at my private Christian school. A lot of what was taught at school presented Christianity in a way that didn’t allow for mistakes and didn’t allow for the wavering of your faith. God forbid you have a beer with your friends on the weekend at age 18. That is the kind of mindset I grew up being taught to have. This caused a lot of confusion, heartache, and questioning for me, especially at such a confusing age.

When you are 16 and told not to do something, what do you do? You are most certainly going to go do the opposite, well at least that was me. Maybe you were an 100% obedient child, and to you, I respect that and hope my children grow up to be just like you. Most of the time however, at the age of 16, the more you shouldn’t do something makes it that much more desirable. This left me in such a hard position. I felt like I couldn’t be a Christian and do the things I was doing. I felt like God didn’t love me if I did things that were “not allowed”. I felt that my 16 year old desires outweighed God’s love for me because I wasn’t following the Christian “rules.” I even stopped pursuing Him because I believed I couldn’t be all in with God without leaving my temptations behind, and quite frankly I was having too much fun. The only time I prayed was to ask God to give me the desire to stop doing these things and give me a deeper desire to pursue a full hearted relationship with Him. I pinned my earthly desires against God and made it a “one or the other” sort of decision. Fun 16 year old things or God? At the time I didn’t know that truly pursuing Him would eventually diminish my desires of other things, but I was convinced I had to wait until I grew out of this phase to reconnect with God. At the same time though I felt SO GUILTY. I knew I wanted that transformative relationship with Him that so many people had talked about but I didn’t want it enough to really allow that to happen. I knew what I was doing wasn’t glorifying to God, or myself for that matter, but I chose not to stop. I also felt guilty because I wanted that relationship with him so badly, but not bad enough, so I was forever only toes in the water, not all the way in. It was a vicious cycle that I found myself in for 4-5 years.

Distractions, guilt, praying to want to want a relationship with God, not having the desire to pursue God, repeat.

This was where I was at. Half begging God to give me the desire to want to be in relationship with him and half not wanting to give up the life I was living. So this is where the best advice I had ever gotten comes in. It was during my AP Physics class (let’s not get too impressed, my teacher made a special rule that year that not everyone, meaning me, had to take the AP exam knowing I for sure would fail and he didn’t want me to feel like a failure-love that man) when my teacher, Mr. Campbell started sharing some of his experiences when he was younger with the class.

“it’s okay to step away from God for a little while.”

Like WTF. Mind blown. Now, let’s not take this out of context friends. He was not suggesting for me to continue living the life I was living, partying it up and whatnot. He was not suggesting to deface my relationship with God or to deny Him. He was saying that it is okay to not be on fire with the LORD at all times. He explained that there are times in your life where you won’t always be 100% in with God, and your relationship with Him will not always be smooth sailing; you will feel burnt out at times. It’s okay to just rest for awhile. Instead of “pursuing him” in a haphazardly manor and burning yourself out, rest. Rest and just listen. More often than not God talks when we are simply listening, not asking, not begging, not running amuck, but when we are still. He suggested to just take a break from it all. He said you don’t have to open your Bible, but don’t lose it. He said you don’t have to go to church, but still remember Sundays. He said you don’t even have to pray, but you’ll eventually want to, and that is when you can start building that relationship once again.

My 16 (17?) year old self was mind blown. No one in the Christian faith had ever told me that it was okay to just rest for awhile and halt my pursuance of God. I also thought it had to be me pursuing him, I never realized that God never stops pursuing me; I was not giving God any credit whatsoever. I was running around like my head was cut off because I thought I was being pulled in two different directions and I couldn’t fully commit to either one and I was burnt out. This gave me peace and eventually lead to the strongest relationship with the LORD I have ever had.

I won’t fool you by saying it happened overnight. I took his advice and of course the teenager in me continued right on with all of my “extra curriculars.” But eventually I came to, the phase passed, and I was SO thankful that I wasn’t burnt out and ready to throw the towel in. From there I was able to find that desire to want to know God again. If it wasn’t for that advice, I would have become burnt out and who knows what would have happened. So, here’s to you Mr. Campbell, thank you for that. Thank you for that advice that changed my life.