With only a few days at home after my semi “off the grid” trip at the end of August I took off for NY. To say I have the travel bug would be an understatement. Out of this whole summer, I have been away more than I have been at home and while at times I have just wanted to be back in my own bed, I wouldn’t have had it any other way. After sleeping in so many different beds, you get to know which ones are the ones worth coming back to, and when I found myself at NYFW once again, the SIXTY LES hotel was one of those beds to remember.

Arriving in New York is always such a rush, so when pulling up to the sleek and sexy SIXTY LES hotel I already knew this was going to be the perfect escape and place to retreat to when the week got too hectic. Myself in my two other blogger gal pals (Lauren of laurenannblogged.com and Nicole over at fancyandbroke.com) were offered a big welcome as we checked into our room on the 14th floor which happened to have greatest view of the Lower East Side. 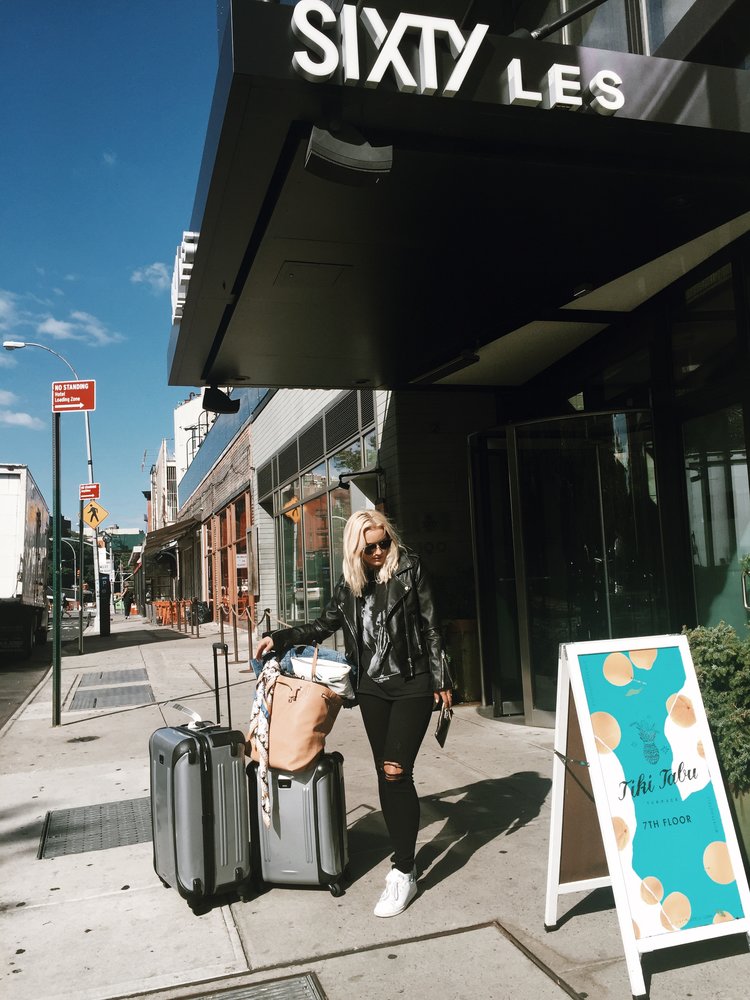 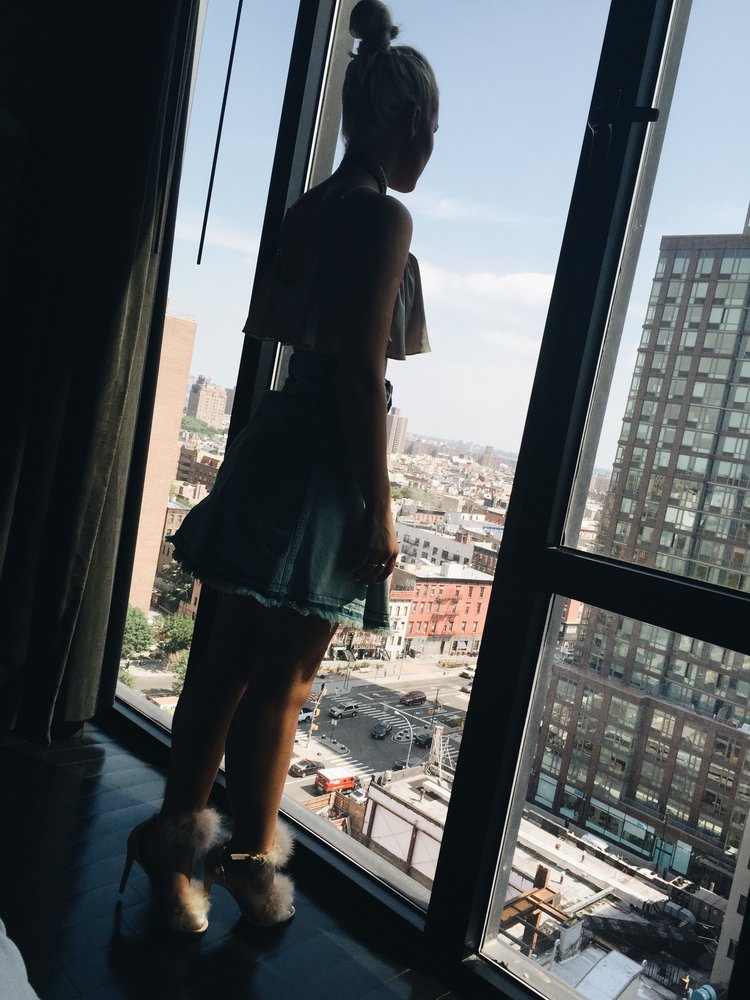 Our room was modern, chic, and super inviting all at the same time. Not only did it included 3 big closets so we could each have our own (a must!), but there was a long self which ended up being enough room for our suitcases and all of our shoes-what a miracle! 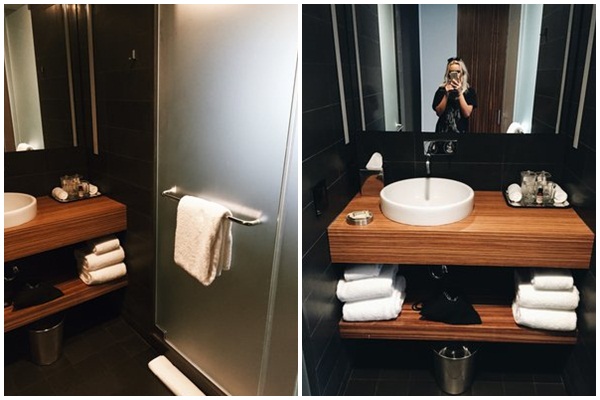 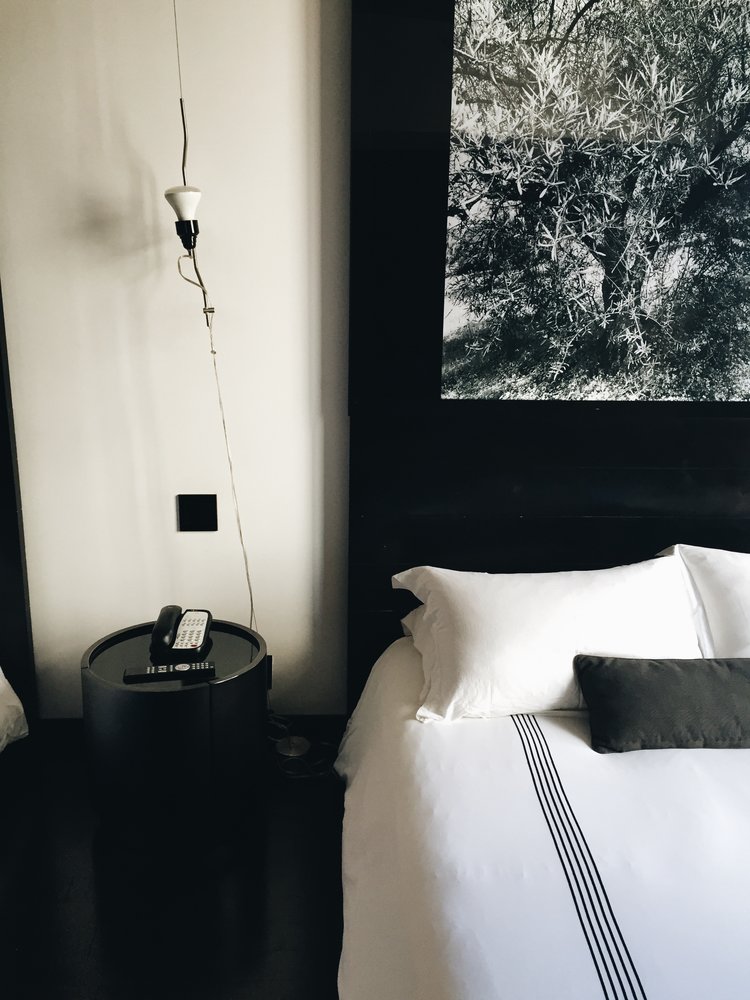 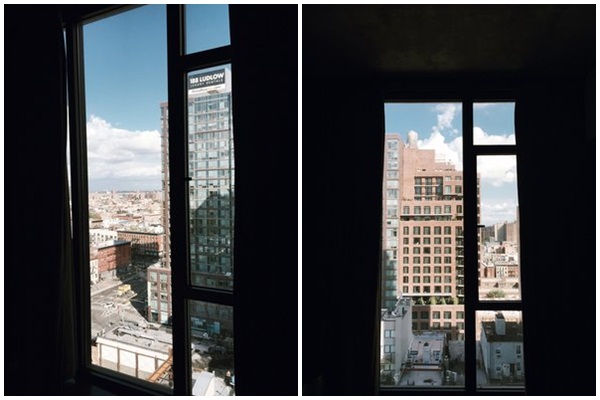 The staff was wonderful, from our various daily Uber Eats orders we had sent up, to opening door after door for us as we would whirl out in new outfits every few hours, to suggesting shoot locations, and even when we had to send out packages they offered to do it all for us. Their accommodation to us made our stay so lovely and really reduced the stress of the week.

On Friday we managed to have a little down time in between shows and events and found ourselves a nice drink from the super cute Tiki Tabu bar on the 7th level and sat by the pool-what a treat!! I would go back just to relax by the trendy pool and sip tropical drinks even if they were $17. 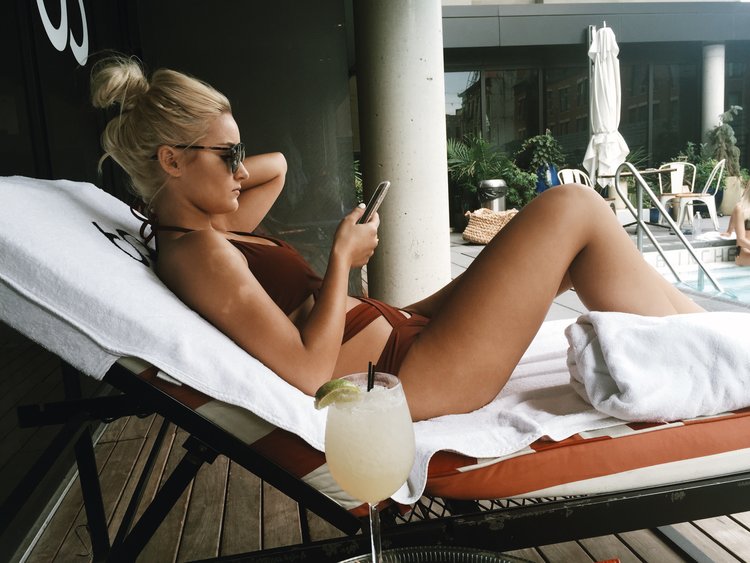 My favorite part of the whole hotel though had to be the sushi restaurant that sat on the 3rd level that was much too easy to stop in at. This girl loves her sushi, so when I found out Blue Ribbon Sushi was conveniently there all the time, even until 2 am for room delivery, I was sold. Their lychee martinis, spicy tuna rolls, and miso soup became my go-to! I also have to say, Tiki Tabu, the bar on the 7th level, was my jam as well. Pink, palms, and rooftop…pretty much all you need for a rockin’ bar. 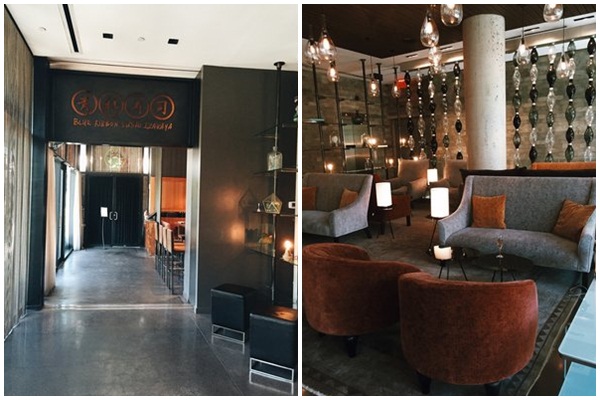 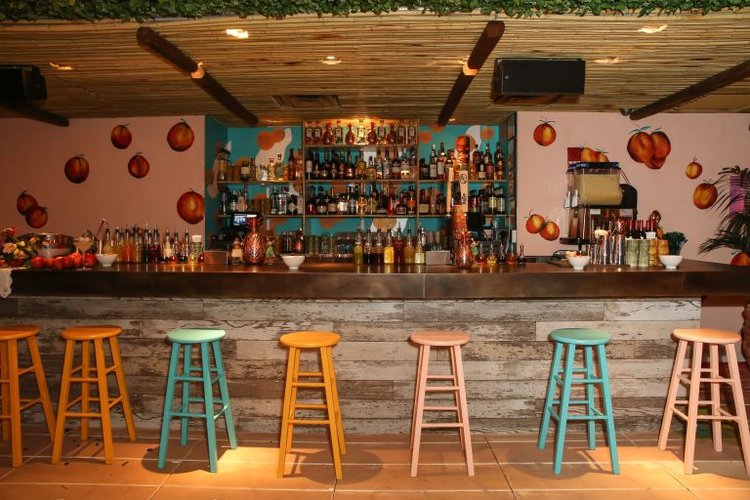 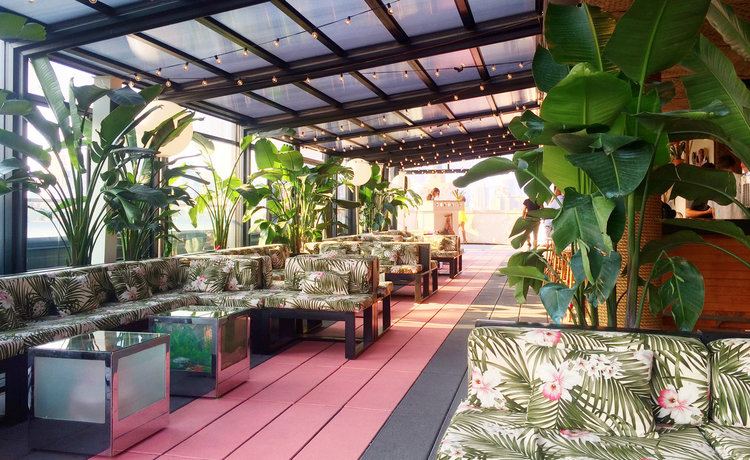 Some photos courtesy of SIXTY LES